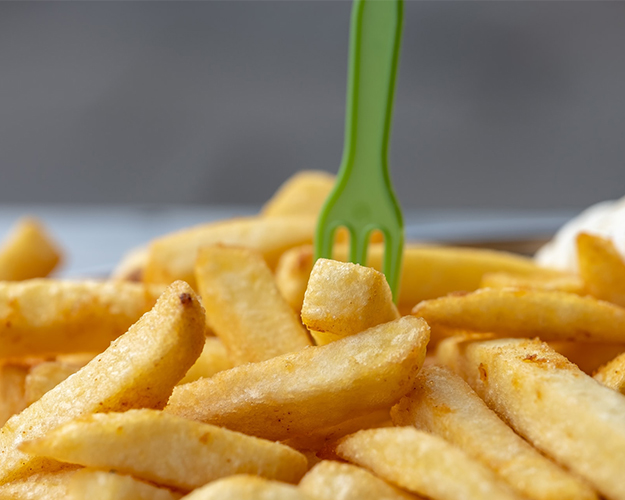 The Arthritis Diet: Foods to Avoid

The Arthritis Diet: Foods to Avoid

Let’s begin by listing some food items that you should avoid. While there are over 100 different types of arthritis, they all have one thing in

common. One or more of the food items listed will be an “allergy food” for the arthritis sufferer.

The most common culprits are:

Some have said that nightshades are a problem. They are not. This is an old myth that has been going on for years. If you do eat any of these foods, pay attention to any reaction you might have in the next 24 hours. If you notice a reaction, you are indeed allergic to that food item.

If there are two major factors that we could examine in the past 50-60 years that has lead to an increase in the numbers of people who suffer from arthritis, it would be these:

Let’s talk about soda. It is difficult to believe but every time you drink a (regular) soda, you are consuming 11-13 teaspoons of sugar. (Some of you may remember that old trick of putting a penny in a glass of soda. It corrodes that penny to the point of virtual destruction.) In short, soda is not something that you should be drinking on a regular basis if you are concerned about arthritis.

Read the labels contained on the foods you are buying in your local grocery. Be especially careful and avoid as much food as possible that contains preservatives and/or additives. (Take an extra careful look at labels on ice cream and candy for example.) The more natural your diet in terms of the food you eat, the greater your chances are of defeating arthritis.

Those meals you buy that can just be “popped” into the oven are also something you should avoid if possible. Some contain as much as 1200 mg of sodium and as much as 60 mg of cholesterol. (You might consider some of the other health factors at play here and not just your arthritis.)

Celebrex and Vioxx: Dangerous and Potentially Fatal Side Effects

Celebrex and Vioxx were approved for the U.S. market back in 1999 for the treatment of arthritis and other types of pain. Both of the drugs constituted a new class of drugs called Cox-2 inhibitors. Their release seemed to be cause for celebration for individuals who had previously taken aspirin or other NSAIDs (nonsteroidal anti-inflammatory drugs), but were bothered by gastrointestinal problems commonly associated with them.

Celebrex and Vioxx were touted as great medical developments in the many ads that promoted their benefits. Principal among these was the claim that Vioxx and Celebrex relieved pain without causing stomach problems. Specifically, these Cox-2 inhibitors are prescribed to relieve symptoms commonly associated with osteoarthritis, menstrual cramps, or other acute pain. Unfortunately, Vioxx and Celebrex pose troubling effects for some users and potentially fatal side effects.

Vioxx Side Effects: The Heightened Risk of Heart Attack Linked to Vioxx

Recent studies have shown that Vioxx can increase the incidence of heart attack nearly four times greater than that of traditional arthritis pain relievers like NSAIDS. More specifically, the new study out of the Cleveland Clinic noted an increase in the development of myocardial infarctions, or heart attacks, in people treated with Vioxx, when compared with those treated with naproxen (a standard NSAID). While the risk of heart attack is still low, it is a concern for those users who may have had cardiac problems in the past.

Whether the increased risk of heart attack is attributable to a property of Cox-2 inhibitors (this includes both Vioxx and Celebrex), or whether it is solely specific to Vioxx, is not yet known.

While the recent report linked heart attacks specifically to Vioxx, this does not mean that Celebrex is not without its risks as well. Several years ago when the drug initially came to market, The Wall Street Journal ran a story that spread throughout the media linking Celebrex to 10 deaths during its first three months on the market. In addition, there were eleven other cases of gastrointestinal hemorrhage associated with the drug. The Wall Street Journal obtained the information using the FDA’s Freedom of Information Act. Of the ten deaths, half of them were from ulcers (also known as gastrointestinal bleeding). Two of the deaths occurred from heart attack, one to a kidney problem, one to an interaction with another drug, and no cause was given for the other death. While nothing came of this story (i.e. Celebrex was not deemed responsible for the deaths), the recent revelations bring to life once again the potential dangers associated with Cox-2 inhibitors.

Furthermore, Vioxx and Celebrex do not do anything whatsoever to assist with osteoarthritis, they simply treat the pain. Glucosamine on the other hand is completely safe and has been shown to actually asist in rehabilitating cartilage through the production of proteoglycans and glycosaminoglycans.

How to Evaluate a Glucosamine Product

Scientific studies show that glucosamine can be very beneficial in fighting osteoarthritis in both humans and pets. It has been proven effective in easing osteoarthritis pain, assisting in the rehabilitation of cartilage, renewing synovial fluid, and repairing joints that have been damaged from osteoarthritis.

Each person produces a certain amount of glucosamine within their bodies. When people grow older, their bodies lose the capacity to make enough glucosamine, so the cartilage in their weight-bearing joints, such as the hips, knees, and hands is destroyed, then hardens and forms bone spurs, causing pain, deformed joints, and limited joint movement.

These findings were first reported in the early 80’s in the European medical community. By the end of the 1990’s, numerous double-blind, placebo controlled, glucosamine studies had been published, all reporting that glucosamine was indeed very effective in easing osteoarthritis pain, and that it was safe for long term use.

With such great news spreading very quickly, the glucosamine industry exploded. Almost every major nutraceutical or vitamin company put out a glucosamine product, and today it can be purchased in just about every food store, health food store, vitamin store, wellness clinic, and chiropractors office.

Glucosamine products are not created equal.

There are five main factors that you need to analyze when selecting a glucosamine product. These are:

One of the most important of these factors is the system of delivery. In their rush to the market in 1999, 2000, and 2001, the very large majority of companies simply put their glucosamine in pill or capsule form. However, with glucosamine and all other vitamins and supplements, it is a well known that liquids are absorbed faster and more effectively than solids. Absorption is a very important thing to look at, simply because, if you are not absorbing the glucosamine, you will not have any relief whatsoever no matter how much you take.The Science Backing Liquid Glucosamine
Glucosamine provided in liquid form is absorbed more quickly, much more fully, and provides greater and longer lasting relief. You see if you are taking 1500 mg of glucosamine in capsule form, and you absorb 20% of this, you are really only getting 300mg of this actually absorbed into your bloodstream. However, if you take 1250mg of glucosamine in liquid form, 80-85% of which is absorbed, you are getting approximately 1000 mg of glucosamine actually absorbed into your system per day, which will provide much fuller relief, much more quickly.

Instead of receiving some relief in 6-10 weeks (many people receive no relief at all) with glucosamine in powder form from capsules, those who use a high quality liquid glucosamine formula can expect to notice results in about 7-14 days. As the pain is being eased, the liquid glucosamine also assists in rehabilitating the cartilage by renewing the supply of synovial fluid by producing the molecule nutrient protogylcans.

See You Next Volume

Yours in Joint Health,